5 Things that make the Ford Ranger Raptor stand out

Posted by Motorama in Vehicle Reviews

Ford launched the Ranger Raptor without holding back. They claim to have build the world’s first ute back in 1934 a have now introduced a whole new breed of truck with the Raptor. Combining on-road comforts with off-road performance, the Raptor has the best of both worlds. The certainly right about that: the Raptor handles well, drives sharp and provides an easy drive on the tarmac. Where it excels however, is in the dirt. With it’s fat tyres, outstanding suspension and capable engine there are few places the Raptor won’t go. Yet there are 5 things that make the Ford Ranger Raptor really stand out.​​

What do you get when you put 285/70 tyres on 17-inch rims? Right, 33-inch of rubber. Not many vehicles are fitted with these size tyres from factory. Add that to the fact that you can’t fit this size to a any other Ford Ranger and you know you’re driving on something special. The rubber fitted is a BF-Goodrich All-Terrain tyre which handles smoothly on-road without much noise and is knows to have outstanding capabilities off-road. Of course bigger tyres also means more clearance: on the Ford Ranger with 283mm in abundance. This makes for increased approach, ramp-over and departure angles plus 850mm water wading.​

One of the most important aspects for a proper off-road vehicle is its suspension. So Ford decided to completely overhaul it for the Raptor compared to the standard Ranger. The leaf springs are replaced by coils and with bespoke aluminium control arms the Raptor has a wider track. They also fitted the ute with 2.5-inch Fox shocks, which come with position sensitive damping providing 32% more travel than a standard Ranger. In layman’s terms that means it can handle bigger drops and absorb more jumps. Ford managed to engineer all of these off-road improvements without sacrificing on-road driveability however, which is definitely a plus. ​

The new 2.0L bi-turbo diesel brings its force (157kW of force and 500Nm of torque) to the fat tyres via a buttery smooth 10-speed automatic transmission. It makes for practically no lag, more top-end power and better bottom-end torque compared to its 3.2L single turbo brother that’s available in the other Ranger models. Where bigger isn’t always better when it comes to engine size, the opposite is true for the amount of gear. More is better in case of the Ranger Raptor. Improved acceleration, fuel economy (8.5l/100km is impressive for a ute that weighs over 2000kg) and quick gear changes on-road while the power is equally evenly distributed off-road. Not a place where you want to jerk around in the wrong gear. ​

You might think that the Ranger Raptor is expensive because it’s $11,000 more than the top-of-the-range Wildtrak, but then you haven’t made the right calculation. The added features on the Raptor add up to at least twice as much, plus it all comes with factory warranty and with some cosmetic differences which cannot be replicated. At almost $80,000 the Ranger Raptor is definitely at the top end of the performance ute range, but so are it’s performance figures and capabilities. Buy a standard ute and start fitting it out with upgraded suspension and bigger tyres and the meter already starts ticking. Think about the strengthened chassis and widened track and you’re talking engineering work that exponentially add to the bill. Getting this done and keeping your 4x4 road legal is complicated, but Ford did all of this work for you. Suddenly that price difference doesn’t look like such a bad deal.​

Think about looking in your rear view mirror and seeing the grill of the Ranger Raptor coming up behind you. You’ll move. Not only because it probably towers above you, but also because the four capital letters F-O-R-D are bigger then its own LED-headlights. The Ranger Raptor has road presence like no other truck, mainly because it’s wide track, big tyres and overall aggressive stance. It’s a tough machine, especially menacing in black-on-black. Yet inside, the sporty seats are plush, the perforated leather wrapped steering wheel thick (with 12 o’clock marker) and everything finished with blue highlighted stitching.

Next to all of this the Raptor won the coveted 4X4 of the Year at the Australian Motoring Awards. “On any back road – the rougher the better – or any 4x4 track it works brilliantly and helps to make the Raptor an enormously fun-to-drive, competent and capable recreational 4x4 dual-cab,” reported 4x4 Australia. The Raptor was also a finalist in the WhichCar Style awards, which saw it break through as the first dual-cab pick up to ever be considered for the award.

The Ranger Raptor is a good ute to look at and to drive in. On-road and off-road. That’s what makes it stand out on its own. The new Ranger Raptor comes standard with 5 year/unlimited kilometre factory warranty. 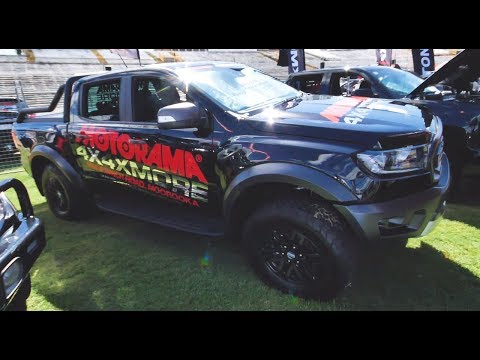 Any 4x4 purchased comes with complimentary membership to join the Motorama 4X4XMORE Club, which includes invites to tag-along tours to explore some of Queensland's most iconic 4x4 locations. 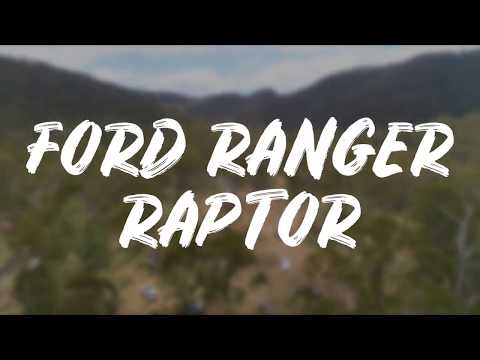 Our mates from Campr met up with Peter Caswell from Motorama Ford to go through Australia’s first ever factory-built, factory warranted, off-road performance truck… the Ford Ranger Raptor.​