How to fix keyless entry

Posted by Motorama in Motoring Tips

If your car has a push button start, what happens if you can’t get it started?

We took a look at what happens if your key fob can’t get you moving.

Push button starting is the way of the future – taking away the physical act of turning the key, seemingly to improve security and convenience for drivers.

While keyless entry and push button starting is no doubt convenient, the rub comes when you can’t start your car – and there’s an added problem that you can’t put the key into an ignition switch and turn it over a couple of times.

Keyless entry and push button starting relies on your car reading a signal from the key fob, to get ready to start the car. (Which is also why you shouldn’t open your doors if you fill up with the wrong fuel, as some cars take this as a signal to start priming the engine – sending fuel through the system.)

If you’ve lost your key fob and the spare, then you might be out of luck – but if you’ve got it on you and the car won’t unlock or start when you push the start engine button, then you could save yourself a call to roadside assistance with these tricks.​

Keyless cars can’t truly do away with the key, as there must be a stopgap solution to getting into your vehicle if the car battery is dead, or for some other reason that you can’t work out until you get in the car.

There will often be a physical key ‘hidden’ inside the casing to open a lock on the car (often found on the drivers door, sometimes to open the boot lid as well), in order to get into the car and pull out what you need.

Different fobs have different ways to access the physical key, some flip out from the side, others are hidden in a pop out casing. On Toyota key fobs such as the Prado, they are often attached to the key ring, which pops out when you push a release button.

The key fob battery is low or dead

By virtue of being wireless, key fobs have to have a battery in them to send a radio signal to the car. Like all batteries, these get low and eventually die – usually not for years, though.

If you only have one key fob on your keychain, then you can easily switch it with the spare and be on your way – but if you’ve been using both for a while and they’re both acting up, there’s usually an easy fix.

A car with a push button start will have an easily accessible point that can ‘read’ the signal from the key even if it has low battery – although it differs from each car to the next.

For example, in the Ford Focus, there’s a pad at the bottom of the centre console armrest, where you can place the key if the car is having trouble reading the signal.

Some cars have a physical slot in the spot you’d place a traditional car key, a throwback design element like in the Ford Kuga, while others may allow you to start the car with the physical key hidden in your fob.​

Check the (other) battery

Sometimes, it might just be a case of the car needing some juice to get going.

One telltale sign will be that your car won’t unlock from the keyless entry feature, nor will it give you any response from the push button start.

Car batteries dying in a keyless car is a doubly worrying thing – because there’s often no physical way to detect a flat battery (when you turn the key in a car with a physical ignition switch; there’s at least some indication that something’s not firing correctly.) The best thing to do. if you can't jump start it at home, is call roadside assistance to see if a mechanic can get you going at least to a service centre to find the cause of why the car won't start.

One of the worries behind keyless cars is that thieves will make off with your car while your key is safely inside your house.

This is often unfounded, as keyless entry systems are built to function when the key is centimetres away rather than meters, keyless cars also have security systems in place to stop your vehicle from travelling far if it notices the key isn’t in the car.

However, if your car is broken into using a device to fool the car, there are often theft protection systems in place to shut down the car if it believes that someone is trying to break in.

If you’ve been left locked out of your car, and have a Motorama Advanced Protection Warranty – Motorama’s Roadside Assistance app can connect you with a roadside mechanic to get you back on the road.

And when you need to bring your car in for a check up, our expert service technicians can get your car running as it should – so book in to one of our conveniently located in Moorooka, Springwood and Browns Plains. 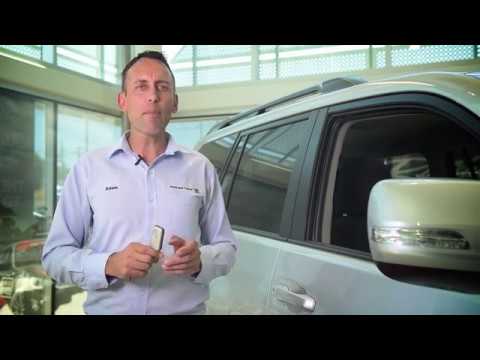 Motorama have one of the largest selections of quality Pre-Wwned cars for sale in Brisbane. If you are in the market for a second hand car, we will have the right car for you at our three convenient dealer locations.

At Motorama, we don't just sell cars, we sell them as well. And we're especially keen to buy your car! Get an instant offer now which is valid for 7 days. We want to make the process as simply and quick as possible. Experience it now!