Posted by Motorama in 4x4xMore

Motorama 4x4xMORE is officially grown up! This year we're celebrating our 21st anniversary and what a ride it has been so far. Let's take you back to the beginning, show you what we're up to now and what we've got in store for the future!

What started with the 4x4xMORE Superstore in Salisbury - washed away by the Brisbane Floods in 2011 - has become a club that hosted over 1300 vehicles to off road destinations all over South East Queensland.

Who would have thought that a single trip to Double Island Point in 2016, after a 5 year hiatus where 4x4xMORE was only to be seen on the television with Creek to Coast, could turn out to become such a great adventure.

We're not only hosting 4x4 day trips and weekends away, we're also active in the community and host the annual Proving Grounds at the 4x4 Show.

Have a look for yourself! 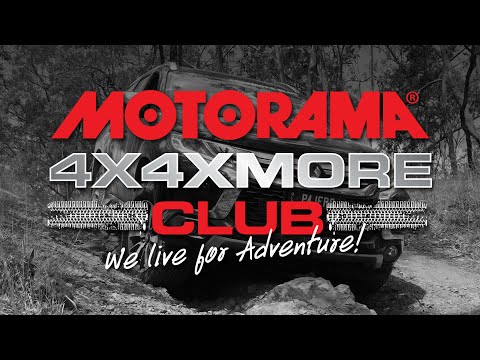 Any 4x4 purchased comes with complimentary membership to join the Motorama 4X4XMORE Club, which includes invites to tag-along tours to explore some of Queensland's most iconic 4x4 locations.

If you take you 4x4 to some remote location, over challenging obstacles or through rough terrain, you better make sure it's serviced properly. Make sure your 4x4 doesn't let you down when you need it most!